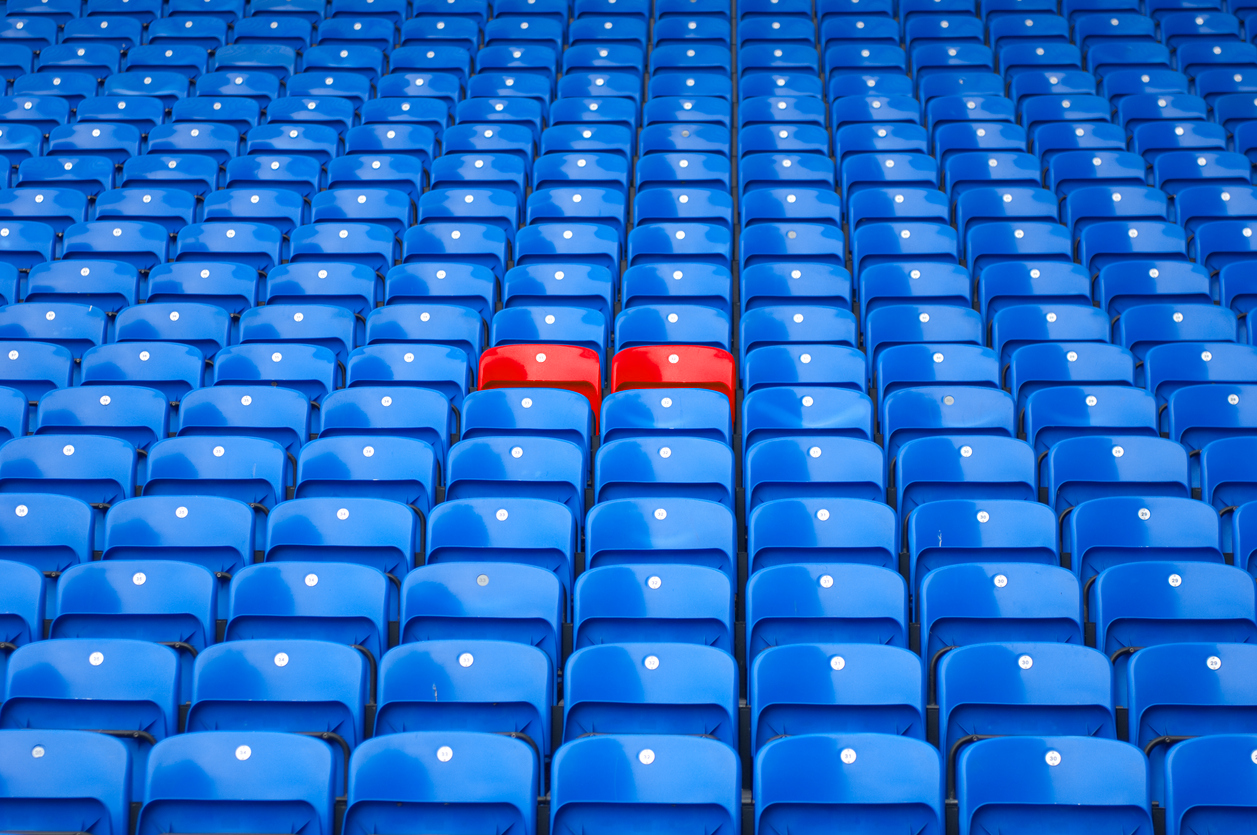 Americans spent more time in front of their televisions last year—big surprise—as most of us were pretty happy to catch 30-60 minute breaks from reality. And thanks to a basically endless supply of TV series to choose from, we could.

Me? I tend to gravitate toward TV shows of the darker, grimmer variety. Mention the word cartel and I’ll come bounding to the couch like a Labrador Retriever. So last year when members of the Rare Bird Flock began insisting the feel-good comedy Ted Lasso was a must-must-must-watch, I was skeptical. Unless Ted is ending up zip-tied to a chair in a dark warehouse it’s probably not for me, thanks.

And then I watched the first four episodes.

It’s virtually impossible to get this far into the series and not find your heart utterly Ted Lassoed. The unrelenting wit, optimism, and delight woven into the script were exactly what the world was craving: a story about a British soccer team we didn’t know we needed. But it was more than that. It was a collection of life lessons and enduring truths presented through the lens of Coach Ted Lasso, and it’s through that lens we’ve rounded up our favorite nuggets of wisdom that can help us all be a little better—footballers or not.

Distinguish between noise and valuable feedback.

Everyone’s got an opinion, but to stay focused we have to know which ones matter. Brené Brown offers a great exercise for determining that boundary: cut out a 1 inch by 1 inch square of paper and write down the names of the people whose feedback you trust. It’s a small number by design; these are the opinions that count, and the rest is noise that’ll distract and discourage if you let it. Ted Lasso faced an entire city of haters and hecklers, and he treated it like the noise it was. Listen to your gut and your circle of trusted advisors (even if the crowd is chanting “wanker.”)

Life can be complex and difficult and sometimes fairly miserable…welcome to earth. But if anything is true, it’s this: our attitude is the control center of our experience of life. And here’s another one: attitudes rub off. When the team faced a tough loss, journalists were shocked to learn Coach Lasso had kicked off a dance party in the locker room afterwards. His good-natured posture lightened every tough conversation. His encouragement, jokes, perspective, and energy lifted everyone he came in contact with, everyday. Most of us are eager for more delight in our day, and it’s much easier to find if we’re willing to employ our better attitudes and sense of humor.

Be curious, not judgmental.

One of the best scenes of the season happened in the local pub, when the far-too-smug Rupert challenges Ted to a game of darts. I’ll set the stage: competition, a crowd of onlookers, a wager, and an assumption. Ted’s just an aw-shucks hillbilly; Rupert carries his darts in a fancy miniature case. It’s small town vs. big city. It’s PBR vs. Manhattan. Simple vs. swagger. How quickly we’re conditioned to judge based on very little information. We gather a few facts about someone and charge ahead with the picture half-painted, assured of our own conceptual bias. We don’t ask questions, because we’ve already got them all figured out, right?

Ted suddenly remembers he’s left handed, and also remembers he grew up playing darts every week with his dad. The assumption about him was wrong, and nobody had bothered to ask. It’s the art of the pool hustle, only in this case, the dart hustle—exploiting our tendency to judge. Just as he lets the winning bullseye fly, he reminds Rupert in his Kansas drawl: “Be curious, not judgmental.” (Thanks, Ted; but really: thanks, Walt Whitman.)

Look for the why.

How many times have we asked, “Why are they acting like this?” about a friend, family member, or coworker? Because we know motivations matter, and they’re the driving force behind behavior. We can’t always relate to how people act, but we can always relate to how they feel.

Was Jamie Tartt an arrogant jerk by nature? Or was he just terrified of failing and being judged by his father? Was Rebecca a cold, backstabbing boss, or was she just drowning in the grief of betrayal? Ted took the time to befriend the people around him, and in doing so he unlocked their true motivations. Addressing behavior can’t change much, but addressing motivations can. Follow Lasso’s lead and look for the why. It’s in there.

Forgive people, even when they don’t deserve it.

People were straight-up mean to this coach’s face, behind his back, on the internet, everywhere. He was laughed at, disrespected, and sabotaged. But he never fought fire with fire, he fought it with forgiveness. He remained humble and human in the face of hurts, and his forgiveness of others changed the whole story line for the better. How will we choose to treat those who mishandle us? People will hurt us, even intentionally, but we can respond with grace. Forgiveness isn’t about fairness, it’s about moving forward. It’s not justice, it’s mercy. And our relationships need more of it.

Ted is the biscuit-baking, tea-hating embodiment of moving from failure to failure without losing enthusiasm, which defines success in Winston Churchill’s book and ours, too. Our schedules are cleared this weekend for the release of Season 2. What were your favorite Ted Lasso moments?

Previous:
< The 5 Stages of Covid Isolation